How to Have a Beautiful Soul

Some books that profoundly influenced me in 2014, and that I urge you to check out, are:

Steven Pinker, The Better Angels of Our Nature. A massive but highly readable book whose encouraging thesis is that humans are getting less violent over time.

Doris Kearns Goodwin, Team of Rivals. About Lincoln and his cabinet. Spellbinding history and vivid psychological portraits. (The Spielberg movie Lincoln was based on it.) The audiobook was fantastic.

Paul Stamets, Mycelium Running. Since moving to the midwest, I’ve become obsessed with mushrooms—growing and hunting them, that is; I’ve always been obsessed with eating them—and mycologist Stamets is the visionary genius of mushrooms. Watch his entertaining seminar to learn why “the future is fungi,” and how mushrooms can transform medicine, agriculture, ecology, and pretty much everything else. Then check out his fun book.

Ken Ilgunas, Walden on Wheels. Autobiography of a young man who was so determined to avoid the college-loan debt-trap that he lived in a van while attending graduate school. Also, some good Alaska-travel stuff. (My dogsitter read this on my recommendation and was inspired enough to take off on a multimonth van trip, thereby forcing me to find a new dogsitter!) 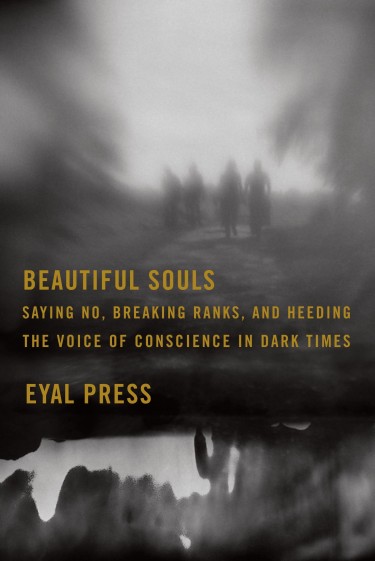 The book that moved and inspired me perhaps more than any other was Eyal Press’s Beautiful Souls. In it, he profiles four people who stood up for their beliefs and did the right thing when it needed to be done:

Along with telling their stories, Beautiful Souls explores the personal characteristics that enabled each to behave so bravely. These include: a habit of speaking up, a devotion to the ideals of an organization (or nation) versus the organization itself, independence of thought and attitude (a willingness to go against the crowd), and a privileging of empathy over intellect and ideology.

Beautiful Souls is a short book, but packed with wisdom and surprisingly upbeat. I hope everyone reads it and commits to speaking up and acting out for justice and compassion at least a bit more in 2015. The more we speak out, the more our good values become “normalized” in the culture, and the faster the culture evolves. (One reason gay marriage has advanced so quickly in the U.S. is because of the many gay people who came out of the closet in the last twenty years. It’s harder to discriminate against your beloved gay cousin, friendly gay neighbor, helpful gay coworker, etc.)

As it happens, I’m writing this on the terrible morning when Islamic fundamentalists murdered eleven journalists and others at the French magazine Charlie Hebdo. Also, someone set off a bomb near the Denver office of the NAACP. Fundamentalists and bigots of all stripes are resorting to extreme measures not just because that’s what they do (coercion being a hallmark of the fundamentalist/bigot mindset), but because they’re fighting for their ideological lives: most societies are getting more liberal and tolerant.