So after seven years of planning and preparation, and nearly three weeks of grueling effort and inspiring teamwork, two guys succeed at literally the toughest rock climb in history and some people can still find something to criticize.

When I first spotted the critical comments alongside the New York Times articles on Kevin Jorgeson and Tommy Caldwell’s Yosemite Dawn Wall free climb I couldn’t believe it! They seemed not just petty and banal, but completely insensible to the awesomeness and beauty of what these guys were doing.

Turns out I wasn’t the only one who noticed them. Adventure-Journal.com’s Brendan Leonard compiled some in his article NY Times Commenters Explain Why The Dawn Wall Climb Is Dumb. Here’s a sample:

As Jonathan Swift succinctly put it, “When a true genius appears, you can know him by this sign: that all the dunces are in a confederacy against him.”

This is all very entertaining, but what does it have to do with productivity? Plenty–first because it helps us put our own critics into perspective. Apparently there is no achievement so exalted that some people won’t find something to criticize–so don’t take your own critics to heart. (See, also, this page of rejection letters received by Madonna, Kurt Vonnegut, Andy Warhol, and other highly successful people.)

Next, because it illustrates the utter uselessness of unconstructive criticism. 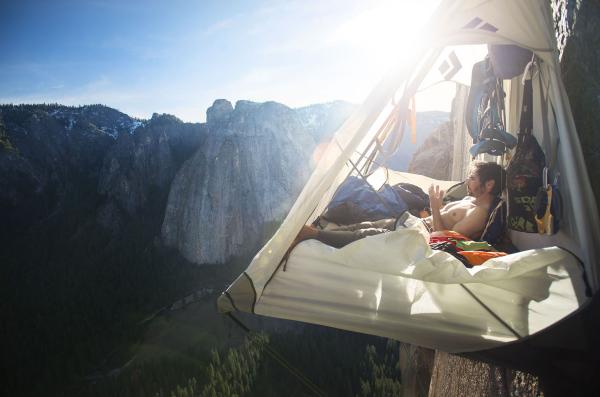 Also, note how some of the unconstructive criticism above is perfectionist in that it seeks to belittle an astoundingly difficult endeavor by saying it wasn’t hard enough. Perfectionism is by definition delusional, and so perfectionist critiques are always invalid.

There’s no benefit to responding to naysayers and cynics–it truly is a waste of time. So, if you’re getting unconstructive criticism you need to (seriously) find a new crowd. The goal really is to surround yourself only with supporters who offer constructive criticism.

My guess is that Caldwell and Jorgeson are pretty much immune to petty critics or else they wouldn’t have achieved as much as they have. And, fortunately, most people understand the awesomeness of their achievement. This cool New York Times comment says it all:

Congratulations to Kevin Jorgeson and Tommy Caldwell and all the strivers!